Poetry by Anne Sexton and Illustration by JJ Steeves

You always read about it:
the plumber with the twelve children
who wins the Irish Sweepstakes.
From toilets to riches.
That story.

Or the nursemaid,
some luscious sweet from Denmark
who captures the oldest son’s heart.
from diapers to Dior.
That story.

Or a milkman who serves the wealthy,
eggs, cream, butter, yogurt, milk,
the white truck like an ambulance
who goes into real estate
and makes a pile.
From homogenized to martinis at lunch.

Or the charwoman
who is on the bus when it cracks up
and collects enough from the insurance.
From mops to Bonwit Teller.
That story.

Once
the wife of a rich man was on her deathbed
and she said to her daughter Cinderella:
Be devout. Be good. Then I will smile
down from heaven in the seam of a cloud.
The man took another wife who had
two daughters, pretty enough
but with hearts like blackjacks.
Cinderella was their maid.
She slept on the sooty hearth each night
and walked around looking like Al Jolson.
Her father brought presents home from town,
jewels and gowns for the other women
but the twig of a tree for Cinderella.
She planted that twig on her mother’s grave
and it grew to a tree where a white dove sat.
Whenever she wished for anything the dove
would drop it like an egg upon the ground.
The bird is important, my dears, so heed him.

Next came the ball, as you all know.
It was a marriage market.
The prince was looking for a wife.
All but Cinderella were preparing
and gussying up for the event.
Cinderella begged to go too.
Her stepmother threw a dish of lentils
into the cinders and said: Pick them
up in an hour and you shall go.
The white dove brought all his friends;
all the warm wings of the fatherland came,
and picked up the lentils in a jiffy.
No, Cinderella, said the stepmother,
you have no clothes and cannot dance.
That’s the way with stepmothers.

Cinderella went to the tree at the grave
and cried forth like a gospel singer:
Mama! Mama! My turtledove,
send me to the prince’s ball!
The bird dropped down a golden dress
and delicate little slippers.
Rather a large package for a simple bird.
So she went. Which is no surprise.
Her stepmother and sisters didn’t
recognize her without her cinder face
and the prince took her hand on the spot
and danced with no other the whole day.

As nightfall came she thought she’d better
get home. The prince walked her home
and she disappeared into the pigeon house
and although the prince took an axe and broke
it open she was gone. Back to her cinders.
These events repeated themselves for three days.
However on the third day the prince
covered the palace steps with cobbler’s wax
and Cinderella’s gold shoe stuck upon it.
Now he would find whom the shoe fit
and find his strange dancing girl for keeps.
He went to their house and the two sisters
were delighted because they had lovely feet.
The eldest went into a room to try the slipper on
but her big toe got in the way so she simply
sliced it off and put on the slipper.
The prince rode away with her until the white dove
told him to look at the blood pouring forth.
That is the way with amputations.
They just don’t heal up like a wish.
The other sister cut off her heel
but the blood told as blood will.
The prince was getting tired.
He began to feel like a shoe salesman.
But he gave it one last try.
This time Cinderella fit into the shoe
like a love letter into its envelope.

At the wedding ceremony
the two sisters came to curry favor
and the white dove pecked their eyes out.
Two hollow spots were left
like soup spoons.

Cinderella and the prince
lived, they say, happily ever after,
like two dolls in a museum case
never bothered by diapers or dust,
never arguing over the timing of an egg,
never telling the same story twice,
never getting a middle-aged spread,
their darling smiles pasted on for eternity.
Regular Bobbsey Twins.
That story. 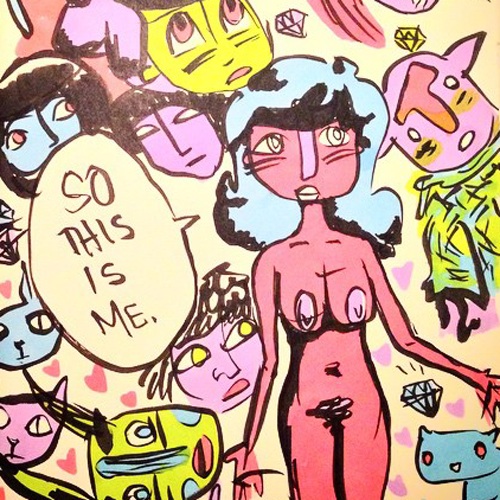