An enthusiastic call to women to build businesses that reflect their values – on their own terms. 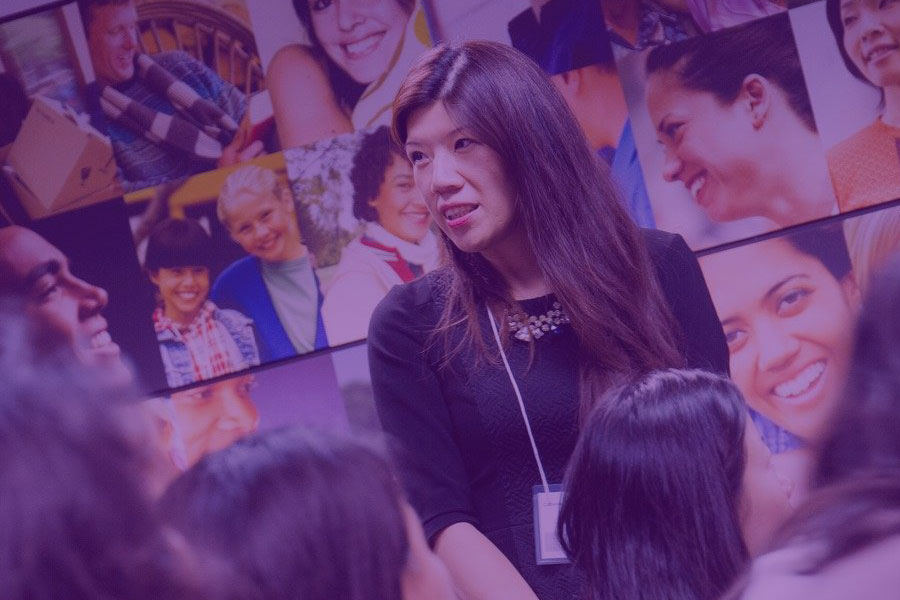 In 2014, Vicki Saunders, founder of SheEO, put her thoughts down on paper and her book “SheEO: Think Like a SheEO” was soon after, published. What make this entrepreneurship book unique is its enthusiastic call to women to build businesses that reflect their values and do so on their own terms.  For our inaugural edition of Liisbeth, we are featuring the chapter “Meaning is the New Money” in the belief that you will find her words energizing and motivating!

I was in New York at the World Economic Forum’s Annual Conference after 9-11 with all of the Global Leaders for Tomorrow in a room and our keynote was Hillary Clinton. I will never forget her opening line: “I was asked to come and speak to you about leadership but my first question is: leadership for what?” I could see half of the audience wondering, “What’s she talking about? I don’t get it, I’m on a path to the top of my company” and the other half thinking, “That’s exactly what I’m struggling with. I’m number two at my Fortune 100 company and I’m 32. Is this all there is? Why am I here? What is the point of my life?”

SheEO principle two is that meaning is the new money. What I mean by this is that more than ever before, people are asking their version of Hillary Clinton’s question. They want to know that their work has meaning. That it creates a positive impact. That it moves the needle on creating the kinds of changes that are needed in the world.

There are all kinds of research to back this principle up. For instance, a study of Millennials done for the financial services sector, which typically attracts young people highly motivated by money, found that they “are looking for more in life than `just a job,’ or a steady climb through the corporate ranks. They want to do something that feels worthwhile, they take into account the values of the company when considering a job….” And a recent Millennial Branding report found that the vast majority of people in this demographic—72%–seek work with a greater purpose.

To meet this need, organizations like Escape the City have sprung up on line. Founded by two young British management consultants who found the corporate world stultifying, Escape the City is, in their own words, “a global community for people who want to ‘do something different’ with their careers. We help talented people escape or avoid corporate jobs….We believe there is more to life than doing work that doesn’t matter to you.” Similarly, Amanda Minuk’s BMeaningful.com is “founded on the belief that there is more to life than a pay check.”

But it’s not only young people who crave meaningful work. The organization NetImpact, in their What Workers Want in 2012 talent report of 1726 currently employed Gen Xers, Baby Boomers, and Millennials, as well as university students about to enter the workforce, rank “having a job where I can make an impact” as more important than a prestigious career, wealth, or being a community leader. As the hundreds of millions of Baby Boomers around the world reach retirement and face an average of 20 plus years of life, they’re asking themselves where they want to devote their energy, passion, and expertise to create a better world.

It is women who are, by far, leading the way in this trend. In their study, NetImpact discovered that 60% percent of women polled, both currently employed and students, say that working for a company that prioritizes social and environmental responsibility is very important to them, compared to approximately 40% of men. And 30% of working women said they would be willing to take a 15% pay cut for a job with impact, compared to only 19% of men. “Women think about the future, and what sort of world is being created for future generations,” remarks Theresa May, British Home Secretary and former UK Minister for Women and Equalities. In an article in the San Francisco Chronicle on the organization TechWomen, which brings women from third world countries to the Silicon Valley for networking and mentorship, LinkedIn executive Florina Xhabija commented on this female focus on making a difference: “The projects these women suggest—they’re not like Instagram for dogs, they are trying to solve real issues.” Rather than focusing on profit-making and exit strategies, as many male entrepreneurs do, women tend to focus on finding meaningful solutions to real problems.

There are so many SheEOs out there doing amazing things. As just one example, I think of Debbie Sterling, the creator of GoldieBlox, a company that builds games for girls to inspire future engineers. Debbie didn’t even know there was such a career as engineering until a high school math teacher suggested she might want to major in it in college. After graduating with a degree in mechanical engineering and product design, she looked at the fact that 89% of all engineers worldwide are men and was determined to close that gender gap. “We believe,” she writes on her website, “there are a million girls out there who are engineers. They just might not know it yet. We think GoldieBlox can show them the way.”

The success of this two-year-old company shows how powerful meaning-based organizations can be. Started through a wildly successful Kickstarter campaign, GoldieBlox now has products in Target, Toys R Us, and over 1000 mom and pop toy stores. Recently the company beat out 20,000 companies in a fan-voting contest sponsored by Intuit to score a free 30-second ad in the Superbowl, where half-minute spots typically go for $4 million.

While Debbie Sterling clearly found her calling, it’s not as easy for many young women. In a recent conversation with a group of amazing young university women, I asked them what they were worried about. One young woman said, “I want to do something that the six-year old me would be proud of.” I was floored. What a beautiful desire. It was a brilliant insight. And yet, just in her second year, she felt like she was being pushed away from that desire and pressured to pick the right, the accepted, the chosen path according to her peers and professors.

Fortunately, the desire for meaningful work, combined with the recognition of SheEO principle one that everything is broken, has resulted in an upsurge of social entrepreneurs, women and men who are creating organizations with the aim of solving social problems or effecting social change through innovative solutions. Social entrepreneurship has exploded in the last ten years, going from an undefined phrase to a variety of programs offered at more than 35 business schools around the world. There are on-going arguments over who exactly should be classified as a social entrepreneur, but typically they draw upon models from both the business and nonprofit world, measure performance in not only profit and return, but positive return to society, and operate in all kinds of large and small organization as nonprofits, for-profits, and hybrids.

For me, what the definition of a social enterprise is, whether the term is already passé, or whether you formally consider yourself a social entrepreneur or not, is not the point. Upon reflection, you may indeed decide to structure your organization around the principles and practices of social entrepreneurship. Whether you do or not, I believe it is absolutely crucial that you get in touch with what gives meaning to your life and figure out how to build a business around that. Or if you already have a business, to make sure that it is aligned with what matters to you most. Meaning gives you the “why” of what you are doing, and in order to build a powerful “what,” you need to first be in touch with your powerful “why.”

–Excerpt from:  Think Like a SheEO: Succeeding in the Age of Creators, Makers, and Entrepreneurs – Jun 2 2014 by Vicki Saunders (Author), M.J. Ryan (Author)

← Social Enterprise in Ontario: Substance or Style?
Its Time To Redefine Entrepreneurship →