Too many feminists today know too little about feminists who came before them. Here is a chance to meet one of them. 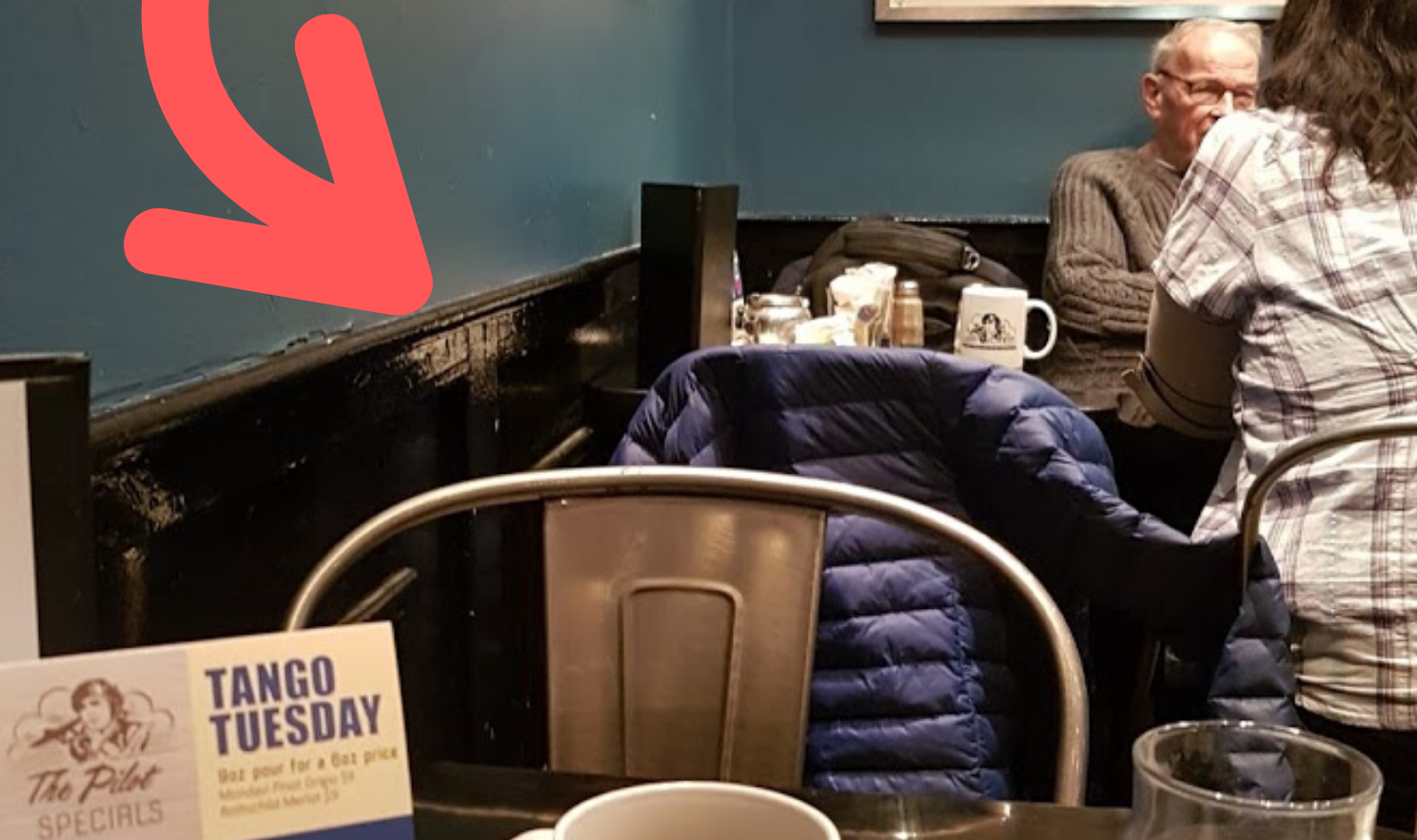 A feminist icon has lunch at The Pilot in Toronto

Let me gift you with a feminist trivia game for your next feminist holiday gathering. And I’ll wrap it up with a big hint: the questions all have the same answer.

Question #1: Who was the woman who saved the life of abortion rights advocate, Dr. Henry Morgentaler, by fearlessly stepping in front of an attacker wielding garden shears at Morgentaler during the opening of Toronto’s first abortion clinic on Harbord Street?

Question #2: Who led the fight to get abortion legalized in Canada in the 1980s, while serving as president of the National Action Committee on the Status of Women (NACS), the feminist lobby group that represented more than 700 women’s rights groups across Canada and, from 1971 to 2007, successfully pressured the government to take action on daycare, birth control, women’s right to choose, maternity leave, family law, poverty, racism, women’s equality in Canada’s Charter of Rights, and violence against women—to name just a few issues?

Question #3: Who is Canada’s Gloria Steinem? Okay, that’s not an entirely fair question as we like to think Canada has a few. But, on top of authoring seven books, hosting a prime-time TV show, and writing countless articles about the women’s movement and social justice, this woman also co-founded rabble.ca, Canada’s largest independent, alternative news outlet and discussion site, and served as its publisher?

Question #4: Who understood and acted on intersectional feminism—social justice for all women—long before it was a thing?

Still stumped? You can imagine my frustration when I excitedly gabbed to everyone I knew that I was meeting Judy Rebick for lunch! Too often, the response was, Who is Judy Rebick? 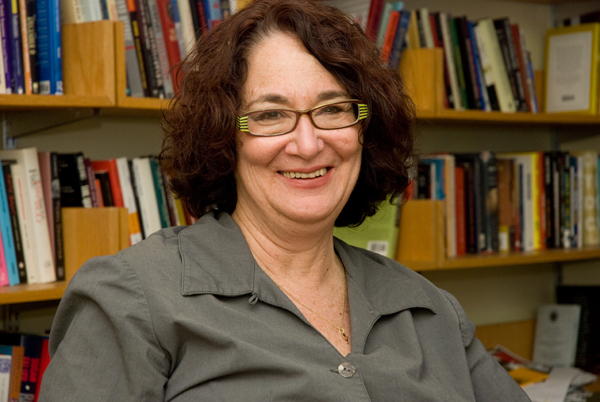 Who is Judy Rebick?

Well, I can tell you that Judy Rebick is a woman who not only shows up when she’s needed—she gets there early. She was already waiting for us at The Pilot tavern, a hangout for writers, musicians, and artists since Toronto’s Yorkville hippie days in the 1970s. Gordon Lightfoot performed with Bob Dylan here. It’s also steps away from the Toronto Reference Library, a place where writers spend a lot of time.

When I arrived, Rebick looked up. Though we had never met, we recognized each other immediately. Her stance, head of thick but now graying curls, and iconic glasses gave her away. Rebick greeted me with a big “in solidarity” hug. LiisBeth’s associate editor Lana Pesch, rushed from her day job, as eager to meet this feminist icon as I was, joined us soon after.

We quickly ordered coffee and lunch so that we could get down to talking without further interruptions. Rebick, now 73, was as keen to know about us as we were her. We shared histories and some great stories, then I shifted the conversation to a topic we came to learn more about: growing a sustainable media outlet in a time of turmoil for media enterprises in general.

Judy Rebick on Idle No More

I asked her what we, as feminist changemakers and publishers, could learn from her experience both as a long-time feminist journalist and as a co-founder/publisher/editor of rabble.ca, an alternative online publication (launched 2001) and now one of the country’s most successful, attracting 800 members, two million page views, and 350,000 unique visitors per month according to Google Analytics.

Specifically, for LiisBeth and our readers, I wanted to know the path to rabble.ca’s success. How did it ever get off the ground and survive this long, without a major foundation footing bills, angel investors or sponsors, or even a paywall?

Rebick told us that she and her co-founders were convinced that Canadians were frustrated by the mainstream press extolling neoliberal narratives. They wanted and deserved an alternative point of view on current issues and events. So Rebick and friends created a plan and hit the road to find funding. In one year, they raised $200,000 in startup funding including $120,000 from the Atkinson Foundation along with funds from some 18 unions—enough to code and launch rabble.ca.

Seventeen years later, Vancouver-based rabble.ca now generates approximately $350,408 in revenues, of which $121,000 (34.8 percent) come from reader donations. Income from sustaining partners (unions) represented another 50 percent while 14 percent comes from grants and various sponsorships. While the site promotes its advertising utility, less than 1 percent of its revenue comes from ads.

Rebick explained that unions backed rabble.ca as the publication offered a way for the left to connect and unions to connect with their constituents about ideas, critiques of policy, and economic analysis that the mainstream media largely ignored.

The idea of an online newspaper and participative forum for readers was totally rad at the time. That was early-stage internet and way before Facebook or Google.

Since its launch, some 90-plus independent news and magazine channels have appeared, and none have readership figures as high as rabble.ca yet. In Canada. But as Rebick filled us in on rabble.ca’s journey—the type of stories they chased and how—we were reminded how critically important alternative media is to any functioning democracy. Such media organizations hold political and business leaders accountable, bring new business models to light and offer an outlet for ideas of alternative world–making.

We were also reminded that financially sustaining an alternative indie media enterprise is a little like figuring out how to keep a fish alive and healthy out of water. After all, how do you challenge the status quo if you’re trying to raise money from people who benefit from systemic inequality?

Rebick certainly got us thinking, because at LiisBeth, we have similar values and face many of the same challenges as rabble.ca. We believe passionately that feminist entrepreneurs can change the world. We have faith in the idea that grassroots storytelling and discussion opportunities matter. And we dig deep to figure out what it takes to create, grow, and leverage a sustainable, social justice–forward digital media enterprise in today’s world.

Rebick believes that technology-enabled movements, aided by aligned alternative media outlets, are transforming power. Social movements—not governments, lobby groups, or corporate social responsibility initiatives—are correcting the course, exploding our ability to imagine new worlds, advance democracy and human rights, and force action on climate change. Rebick explained how different recent tech-enabled protests such as Arab Spring, Idle No More, and Occupy were to the anti-globalization rally in Quebec in the late 1990s. And she should know. She was there. On the ground. Involved in it all.

And suddenly, it was 2 p.m. Rebick was in demand again, at another meeting. She signed my copy of Ten Thousand Roses, the book she wrote on the making of a feminist revolution, and graciously rushed out.

Lana and I lingered, talking about how our conversation with Rebick was like getting drawn into an incredible living book on Canadian feminist action and social progress. The entire meeting was so engrossing that we completely forgot to document the occasion. No group selfie or even a picture of Judy. And we are a social media organization, with an online magazine and newsletter!

How will anyone ever recognize this incredible feminist icon? Chagrined, we took a picture of the chair she sat in.

If you believe in the importance of advancing feminist literacy as key towards advancing gender justice, please consider becoming a donor subscriber to Liisbeth.com today.

A Sit Down With Ruth Bader Ginsburg and Gloria Steinem

← Righting Who Writes Code
The Art of Change →