High-tech admits it has a problem with diversity. Rajkumari Neogy believes she has the “disruptive” solution. 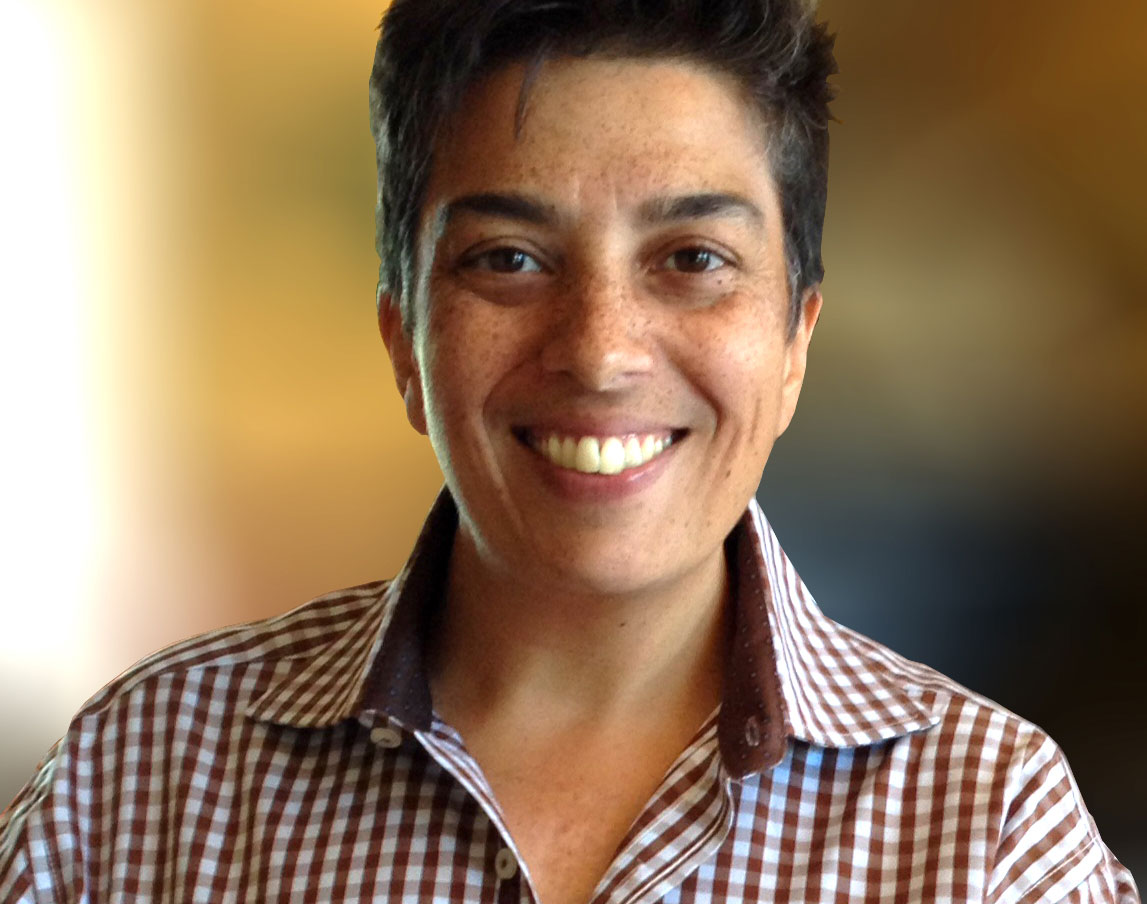 Neogy herself enjoyed a meteoric rise in the tech industry. She started as a training specialist with a start-up and rose to a leadership and development lead with Adobe and Facebook before confronting her own painful experience of workplace exclusion. She witnessed sexism (“All the typical shit you read about does happen”) and she felt “othered” during her role as a consultant. “I was making six figures and helping the company grow,” says Neogy. “Due to being labeled as a contractor, I was denied access to company events, information, and resources.” That othering was rampant, she says, and many consultants were quitting. “After a while it begins to wear on you. You realize you only belong in this conditional way and that began to hurt more and more,” says Neogy.

But why did it hurt so much? Neogy took some time out from her career, spent two months on a beach in Asia thinking about it, and began researching and writing about pain and exclusion. She realized her workplace pain had been compounded by the “intense” childhood abuse she suffered in her family, her own internalized homophobia, and the trauma of being gay-bashed as a young adult. After excavating the sources and connections of her pain, she started applying the leadership training and communication strategies she had developed over her career and put herself back together.

She returned home to write her book, The WIT Factor: Shifting the Workplace Paradigm by Becoming Your Optimal Self. She also developed a new strategy to increase and retain diversity in the workplace—and created a new company to deliver it. And so iRestart was born.

To start her company, Neogy lived on her savings for a year while drumming up business and taking the free online lecture series “How to Start a Startup” offered at Stanford University. She learned best when she sought advice one-on-one from experts. With her financial advisor, she set up an S corporation so she could build stocks and dividends and, ultimately, equity.

Through iRestart, Neogy delivers her unique Disruptive Diversity coaching program, either to teams or individuals over a six-week period of engagement. She describes the leadership and mentoring sessions as a “rupture and repair” strategy that pinpoints root causes of exclusion and communication pain points (rupture) then creates profound inclusion by utilizing a range of tools (repair). The program builds a radical sense of self-worth in individuals, develops empathetic communication strategies, and increases emotional intelligence. The end goal is to create a “whole-person culture” that values diversity, which builds team effectiveness and performance.

During initial consultations, she admits she gets resistance, particularly from men. “They think, ‘What is this bullshit? Is this therapy?’ But men have just as much wounding as women. Men have been raised to be excluded. ‘Don’t feel feelings, don’t cry, don’t show up, don’t be effeminate.’ They are taught unconsciously to exclude most of themselves. So men feel unsafe with feelings and they are often posturing, aggressive,” says Neogy. “Workplaces haven’t allowed individuals to be truly authentic, to express personal feelings. That’s why we have so much workplace violence. I’ve watched men burst into tears [in training sessions] and flourish into authenticity. To enable authenticity, we need a level of connection, of vulnerability.”

Neogy admits women initially criticize her approach as “blaming the victim,” since she emphasizes changing the self as well as the culture. “It’s important to realize that humans have trauma and you go [to work] with your baggage,” she says. “Someone criticizes you [at work] and says, ‘You didn’t do this right.’ I could take this personally. Maybe I had a parent who told me how stupid I was. Here I am, 44, and I immediately turn five years old and feel shame.”

How does that play out in the workplace? Consider a typical meeting in a high-tech company, Neogy says. A woman joins a team comprised mostly of men. She may be the only woman. “The guys” are already bonded. They want to connect with their new team member. They’re trying to figure it out, but don’t quite know how. They want to appear confident, so they make themselves bigger, louder, more aggressive. They’re fearful that being too nice might come across as flirting. They feel vulnerable, too, unsure what to talk about other than work. If they’re engineers, they zero in on problems and without realizing it, their brains are associating this new person, this alien other, with “issues” like conflict and work problems.

The female team member begins to feel criticized every time she’s approached. Given that our identities are so closely associated with work, women begin to take the criticism personally, and may connect it with past trauma. That’s when the pain begins to layer and her sense of self-worth diminishes.

“The system is completely focused on excluding her without knowing it’s doing that,” says Neogy. “The workplace for women becomes an environment of microaggression. The woman is made to feel like shit. So either a company owns that out loud and doesn’t hire women or you attempt to redesign your system in a way that invites difference and values and enmeshes it.”

Going through disruptive diversity training, says Neogy, helps men admit their feelings and helps women separate the personal from the workplace. “You can’t ignore [trauma] so if it comes out through my coaching, you have not resolved it,” she says.

One female executive came to Neogy for coaching after being promised a vice president position for 13 months. After a frustrating wait, she started distrusting her boss and considered leaving the company. Within three sessions, she got the promotion. Another woman wanted a three-year plan to head up her engineering division; she was promoted within four weeks. Neogy says coaching helped both women build a solid foundation of self-worth, which enabled them to rise above the “blame” and not take problems personally. They learned how to talk to people they felt challenged by, while gaining greater respect from their team.

In this work, Neogy says her own “otherness” as a biracial, bilingual specialist, and especially as a gender-fluid queer, in tech and communications has been a huge advantage, enabling her to act as a bridge between cultures, businesses, languages, and genders. She presents as butch and says wearing men’s clothing in the queer-positive tech and entrepreneurial world of San Francisco hardly turns heads. Rather, men feel comfortable being vulnerable around her. “I think they perceive me as a woman but not a woman,” she laughs. “They’re always hugging me!”

Women also feel safe confiding in Neogy because she’s not a man, yet she’s not in competition with them either. “I go in as everyone’s best friend,” she says. “Ultimately, I believe we all want to belong while retaining our uniqueness. It is by contributing our uniqueness that we feel valued, that we matter, that we belong. That uniqueness is diversity. But the contribution has to be received, which is the inclusion element.”

As the demand for her Disruptive Diversity coaching has grown, she’s developing a certification process to train other coaches to deliver her programs. She’s also partnering with a mentoring software company to build online diversity coaching content. And she’s seeking partnerships with micro-fund and venture capital firms from Silicon Valley to Shanghai, exchanging a percentage of her coaching fees for equity in their enterprises. She’s found this alternate payment structure can be attractive for entrepreneurs following a lean start-up model. Plus, an enterprise that starts with a diverse and inclusive culture bodes well for success. Her long-term goal is to build enough equity to invest in other start-ups while acting as a hub for VC firms and micro-firms, “a connecting tapestry” as she calls it.

Being in the business of healing businesses has also enabled Neogy to continue her own healing journey. “I have tried desperately to grow a family that is safe for me,” she says. “It took me 44 years to figure out how to do that. When we grow up in a family that exploits us, we run that pattern until we don’t. Entrepreneurship is a way of saying, ‘See me. I matter. I’m special.'”

← JJ Steeves Stray Kitties in the City
Those Britches are Too Big For You, Young Lady →