Writer Natalie Clifford Barney once called entrepreneurship “the last refuge of the troublemaking individual.” Listen to the stories of five “resistance” entrepreneurs in this special edition LiisBeth podcast. 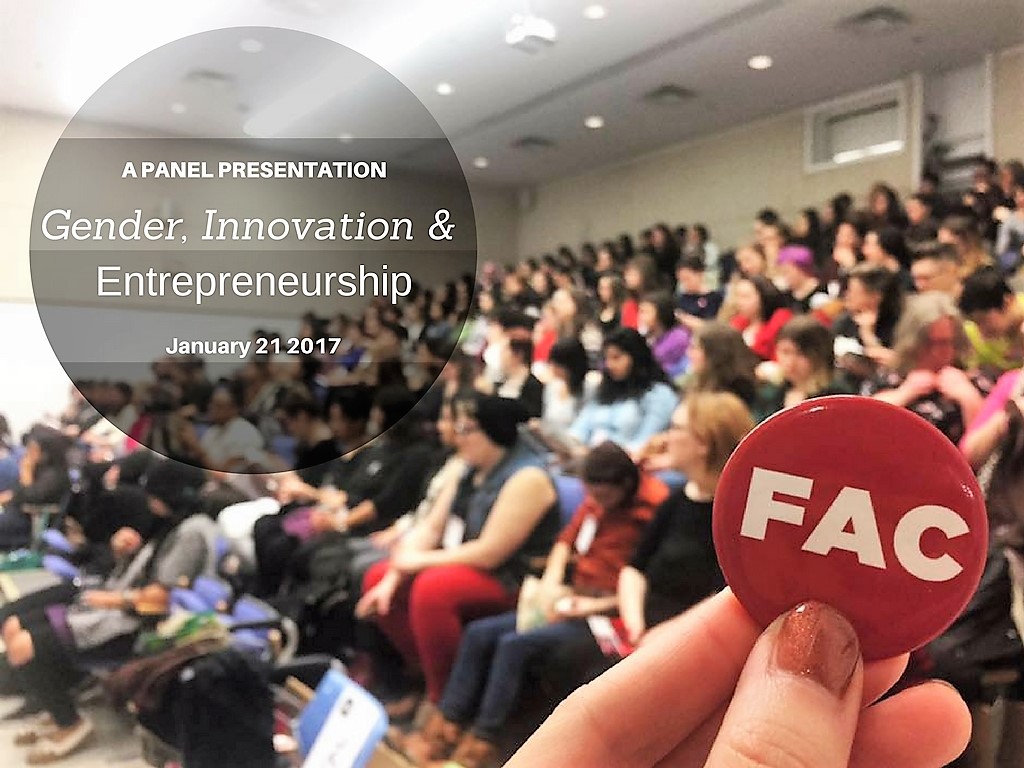 LiisBeth and the Feminist Art Conference (FAC) collaborated to curate a special panel session on women’s entrepreneurship. The theme for this year’s Feminist Art Conference was “embodied resistance,” a highly appropriate theme given the conference date coincided with the Women’s March on January 21, 2017, when millions of women and allies around the world truly embodied resistance to growing misogyny, racism, and sexism following the election of U.S. President Donald Trump.

The central idea of FAC’s theme was that the form of the body is a canvas on which to create, explore or express resistance. In concert with the curatorial statement, the artists who presented works at the conference tried to “reshape our assumptions about gender roles through the type of work they take on, by exploring themes like weight, menstruation, trauma, and self care. They explored how the body can be a medium through which to explore, reshape norms, indicate resistance to norms or the dominant culture, and ultimately help us reinterpret our world, ourselves, and identify a path that leads to desirable social change.”

For women, trans ,and gender non-binary people, entrepreneurship is also a kind of resistance. And in this panel discussion, we look at the intersections between gender, innovation, and entrepreneurship.

LiisBeth contributor Cynthia MacDonald wrote, “Writer Natalie Clifford Barney once called entrepreneurship ‘the last refuge of the troublemaking individual,'” adding that “for many women, particularly those working within oppressive environments, the very act of starting a business can be frighteningly disruptive to the social order.”

In this 80-minute session, the panelists explored the intersections between gender, entrepreneurship, and innovation, and how gender shapes entrepreneurial choices, support, access to capital, and the overall experience. Their stories highlight how women entrepreneurs still face numerous barriers.

← LiisBeth Dispatch #25
The Cure for the Start-Up Incubator and Accelerator Gender Gap: Accountability →